Oh hi everyone. Homeschoolers Anonymous is running a series on Homeschooling and Race. As part of it, I contributed a post about ACE’s history of racism. I’ve talked about ACE and race before (here, here, and here) but this includes all new never-before-blogged racism!

Second thing: My old post “Why fundamentalism is not faith” is suddenly getting an enormous amount of traffic, apparently from Facebook, and I don’t know why. So hi, all my new readers, and please let me know where you found me.

I remember staring at the text:

Economics is the major reason that apartheid exists. Some people want to abolish apartheid immediately. That action would certainly alter the situation in South Africa, but would not improve it.

It was 1996; I was 11. Nelson Mandela had been president of South Africa for two years, and apartheid had been officially abolished in South Africa for five. I was not exactly well informed about the situation. I knew it was complicated, and that the country was not exactly without problems. But I also knew that apartheid had been an evil thing that had treated black people as less than human. I suspected my book was written by a racist. I didn’t say anything about it to my parents though. That wasn’t how ACE worked. You just got on with it in silence.

END_OF_DOCUMENT_TOKEN_TO_BE_REPLACED

Once more, this week we’re diving into Reddit’s Ask Me Anything about ACE schools. Unlike most AMAs, where Redditors ask questions of the original poster, this thread was most notable for all the other people with experience of ACE who dived in to tell their stories.

Here are more assorted ACE comment from Reddit’s AMA on the subject. Their presence here does not mean I agree with everything they say, but it’s great to hear from other ACE students.

Every few years my parents would enroll me in some Christian school that taught either Abeka (sic?) or ACE curriculums. I hated ACE. I wanted to play and talk to other kids. It was the absolute worst education I ever had, especially the science, history, reading, writing, social studies, and math books. I was always far past the education levels for the grade I was in. My work for the day was always finished in a couple hours. It instilled in me laziness of both thought and action. You weren’t allowed to touch or come within 6 inches of touching your friends. The uniforms were uncomfortable, ugly, and unnecessary.

oh god, those stupid morality comics they put in there! I hated them too, and they were the only entertainment. My favorite character was the “bad” kid who was always misbehaving; talking bad about the teachers, untucking his shirt, smoking cigarette butts he found. END_OF_DOCUMENT_TOKEN_TO_BE_REPLACED

This is how ACE treats its supporters

What happens if you write a letter of complaint to Accelerated Christian Education? Obviously, if I write a letter, I’m going to get ignored, because I am regarded as nothing but a tool of the devil (and I do not use that term as a figure of speech). But what about Christians—what about ACE’s customers? Will they take constructive criticism from supporters?

Or are they those stereotypical fundamentalists who are so convinced of their own rightness that they know anyone who disagrees with them is simply wrong?

Online reviews of the ACE curriculum always make interesting reading, but I was particularly struck by this one. After describing what she perceived as faults in the curriculum, the reviewer writes:

I called School of Tomorrow and discussed my concerns with them and they did not have any answers for me regarding how easy it is to “cheat” on the Pace tests and learning to think logically and critically. I even asked if the rep could make and note and say something to whoever is in charge of curriculum, but they won’t do that. The fact is ACE wants testimonies of people who did well using their curriculum but those that did did not go to med school and have to think out the box. They go to bible school, become teachers, maybe there’s an accountant or businessperson scattered in, but I want my children to have a world of opportunities open to them when they decide on a career and I absolutely DO NOT want them to struggle the way I did.

Is it true that ACE is only interested in success stories? Enter Kevin Long. Kevin has recently outed himself as a supporter of this blog, and even contributed a guest post, but it was not ever thus. When Kevin first began commenting here, he was still supportive of aspects of ACE. Before he came round to the Leaving Fundamentalism position on ACE, Kevin defended it as an option for kids who would sink in mainstream schools. He wrote a letter to ACE at that time, and has received no response. Kevin’s given me permission to share it with you. I think it’s quite revealing that ACE won’t respond even to this.

END_OF_DOCUMENT_TOKEN_TO_BE_REPLACED

Ex-ACE students have their say

I am on holiday. So instead of a post from me, I’ll treat you to the thoughts of some of 2014’s commenters, both those who agree and who disagree with me.

evolutionists believe we evolved from a rock. a tomato a dog and a human are not the same but evolutionists believe they all came from a common ancestor. you want to believe we came from nothing. face it, you believe that you have evidence for evolution but in reality you are closed minded and hate God and thats why this lie looks like evidence to you. it is convenient to believe that you wont be judged after this life. well my friends it is not. I hope you find Jesus because he is the only one who can make it right.

END_OF_DOCUMENT_TOKEN_TO_BE_REPLACED

It’s all go in the exciting world of fundamentalist education this week as former Christian Education Europe (CEE) employee Christine Gregg has started blowing the whistle again. You may remember that recently a website called Ace Education sprang up, seemingly with the primary intention of discrediting Leaving Fundamentalism. This was the blog that gave the world 10 Questions for Jonny Scaramanga. The blogger behind it was Christine. Now she has had enough.

Christine says that she was pressured into writing the blog by CEE founder Arthur Roderick, but never felt comfortable writing it. Now she wants to expose the unethical practices and bullying she says she saw at CEE.

Last week, I also had an article posted on Guardian Science blogs, in which I revealed two things: 1) Four British universities have stated that they consider the International Certificate of Christian Education (ICCE) as entry qualification. 2) When students study science for the ICCE, they will read that it could be possible to generate electricity from snow. 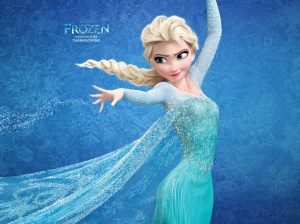 Presumably ACE thought Frozen was a documentary about the potential uses of snow power.

Taken together, these two developments are very bad news for CEE’s flagship product, the ICCE qualification.

END_OF_DOCUMENT_TOKEN_TO_BE_REPLACED

So, this blog being this blog, you probably thought the last post was going to end with me telling you about a sex scandal involving Accelerated Christian Education’s Donald Howard. But you were wrong.

[Be warned, this post will again feature discussion of sexual abuse that you might find upsetting or triggering]

END_OF_DOCUMENT_TOKEN_TO_BE_REPLACED

Please be advised that this post contains discussions of sexual abuse.

In 1970, Pastor Jack Hyles, of First Baptist Church, Hammond, Indiana, called into his office one Jennie Nischik, wife of one of the church deacons. Soon after, Vic and Jennie Nischik began experiencing marital problems. Eventually, Vic confronted Hyles with “evidence of an improper relationship between Hyles and [Vic’s] wife”. On hearing this evidence, Hyles, who had been pressuring Vic to leave, instead created an arrangement whereby the Nischiks lived in different rooms of the same house and never had any physical contact. Hyles continued his affair with Jennie for more than a decade. Eventually, Vic complained to Hyles that his room was damp and affecting his health, and said he was going to move back in with Jennie in the master bedroom. Rather than allow this, Hyles paid to have a new room added to the Nischiks’ house.

This is just one of the allegations that have become Hyles’ legacy.

Meanwhile, in 2014 Bill Gothard, founder of the Institute in Basic Life Principles (IBLP), was placed on “administrative leave” while they investigated claims of historic sexual abuse dating back to the 1970s. Thirty-four women have made claims of harassment, and one woman says she was sixteen when Gothard molested her.

Welcome to the world of Independent Fundamental Baptists (IFB). IFB types don’t believe in church hierarchy. They’re not usually part of any official denomination. They believe God invested all authority in the Pastor, and so bishops, archbishops and other formal church structures are unbiblical. This means that when scandals like the above break out, all the others can say “Nothing to do with us!” Unlike abuse scandals in the Catholic church, abuse in the IFB is usually portrayed as an isolated occurrence.

Is there in fact a link between all this?

END_OF_DOCUMENT_TOKEN_TO_BE_REPLACED

It will come as a surprise to no one to learn that I was the complainant in this case. It’s a similar story to the last time I pointed out that some ACE schools were misleading parents about the nature of their qualifications, but in this case, it’s more extreme.

When I complained to the ASA about this in July, the Branch Christian School prospectus claimed that the ICCE was recognised by the Government’s National Framework for Qualifications (NFQ).

There is no such thing as the NFQ.

END_OF_DOCUMENT_TOKEN_TO_BE_REPLACED

So here’s the most horrible thing I’ve found in a while: White Pride Homeschooling. I don’t even want to give their page the extra traffic, so I’m linking to an archived version of their website (from August 2014).

From their website (Warning: you are about to read racist propaganda):

The biggest increase in intermarriage has occurred in recent years, due to the social interaction of children of different races in the school room and subsequently the board room and then bedroom. In the year 2000 – 9 percent of married men and women below age 30 were intermarried, compared with 7 percent of those ages 30 to 44, 5 percent for those ages 45 to 59, and about 3 percent among those age 60 and older. Obviously school busing, the promotion of interracial marriages by “Christian” preachers, visible images in all types of media, and 12 (plus) years of social conditioning in the schools for each and every child has had a devastating effect on the racial integrity of white America.

Gotta love the use of square quotes around “Christian” in the above paragraph, because obviously true Christians are racist Christians.

Yup, this is a Christian organisation. No doubt you are wondering which curriculums they suggest parents can use without polluting the minds of their pure Aryan offspring.

In no particular order:

Alpha Omega (pretty much a clone of ACE, but reputedly more academically challenging)

CLASS (the Christian Liberty Academy School System, which produces a custom curriculum based on a mixture of texts from publishers including A Beka and Bob Jones)

And, of course, Lighthouse Christian Academy, which is the homeschool wing of Accelerated Christian Education.

END_OF_DOCUMENT_TOKEN_TO_BE_REPLACED

I am officially heartbroken

I am officially heartbroken. I was walking around the neighborhood with my special needs kid. Trying to come up with a way to spend more quality time together, I said, “Let’s do a song on Garage Band or something.” The kid went tense.

Me: “Rephrasing: you went tense when I said ‘lets do a song.’ What made you tense about that?”

Me: “Why? You’re so smart and inventive and fascile.”

Me: “We’ll try it again: At what point did you STOP liking being creative?”