Can you get into university with an ICCE Advanced Certificate?

Are you a student studying the International Certificate of Christian Education? Are you hoping to go to university? If so, I have some bad news for you. It will probably be harder to get into higher education than Christian Education Europe and your school told you. The ICCE claims an extensive list of universities that have accepted the Advanced Certificate for university entrance. After looking through universities’ responses to Freedom of Information requests, however, it appears that a number of them have not accepted the qualification at all.

Update 20 November 2014: UWE’s (University of the West of England, Bristol) response has been added.

The ICCE website lists universities which, it claims, have accepted graduates of the ICCE and/or NCSC (National Christian Schools Certificate, the old name for ICCE). But when Anjana Ahuja spoke to some of these universities as part of the BBC Newsnight investigation, none of them said they actually accepted the ICCE as an entrance certificate. In most cases, the universities had accepted ICCE graduates, but only after they had studied additional qualifications elsewhere. It was those qualifications—A Levels, International Baccalaureates—that gained these students their university places. None of them recognised the ICCE as a standard entrance qualification.

Anjana only spoke to six universities, but this was enough to make me curious. In how many other instances was the ICCE’s advertising misleading? In July, I asked Richy Thompson to put in Freedom of Information requests to every university on the ICCE’s list. He contacted 56 universities, of which 50 responded. It turned out the ICCE website was quite misleading.

END_OF_DOCUMENT_TOKEN_TO_BE_REPLACED

It’s all go in the exciting world of fundamentalist education this week as former Christian Education Europe (CEE) employee Christine Gregg has started blowing the whistle again. You may remember that recently a website called Ace Education sprang up, seemingly with the primary intention of discrediting Leaving Fundamentalism. This was the blog that gave the world 10 Questions for Jonny Scaramanga. The blogger behind it was Christine. Now she has had enough.

Christine says that she was pressured into writing the blog by CEE founder Arthur Roderick, but never felt comfortable writing it. Now she wants to expose the unethical practices and bullying she says she saw at CEE.

Last week, I also had an article posted on Guardian Science blogs, in which I revealed two things: 1) Four British universities have stated that they consider the International Certificate of Christian Education (ICCE) as entry qualification. 2) When students study science for the ICCE, they will read that it could be possible to generate electricity from snow.

Presumably ACE thought Frozen was a documentary about the potential uses of snow power.

Taken together, these two developments are very bad news for CEE’s flagship product, the ICCE qualification.

END_OF_DOCUMENT_TOKEN_TO_BE_REPLACED

It will come as a surprise to no one to learn that I was the complainant in this case. It’s a similar story to the last time I pointed out that some ACE schools were misleading parents about the nature of their qualifications, but in this case, it’s more extreme.

When I complained to the ASA about this in July, the Branch Christian School prospectus claimed that the ICCE was recognised by the Government’s National Framework for Qualifications (NFQ).

There is no such thing as the NFQ.

END_OF_DOCUMENT_TOKEN_TO_BE_REPLACED

Five weeks ago, this blog asked “Are ACE schools using misleading advertising?” Now, according to the Advertising Standards Agency, the answer—in at least one case—is yes. To explain why this ruling is so important, though, we need to travel back in time to when I was at school.

END_OF_DOCUMENT_TOKEN_TO_BE_REPLACED

It’s always nice to be talked about. It’s particularly lovely when you’ve been campaigning against an organisation for two years and their public strategy has been to pretend nothing is happening. Well, mostly anyway.

But now Christian Education Europe’s Arthur Roderick has sent an email to CEE’s member schools discussing how they intend to deal with the menace that I present. It’s a fun read. Of course, Arthur doesn’t name me or link to any of the associated media coverage in his email. I presume he’d rather his customers didn’t read my blog. I, on the other hand, am all about the debate. I just think this is a conversation that needs to be had in public (not least because it’s one Arthur and other ACE teachers refused to have with me in private). 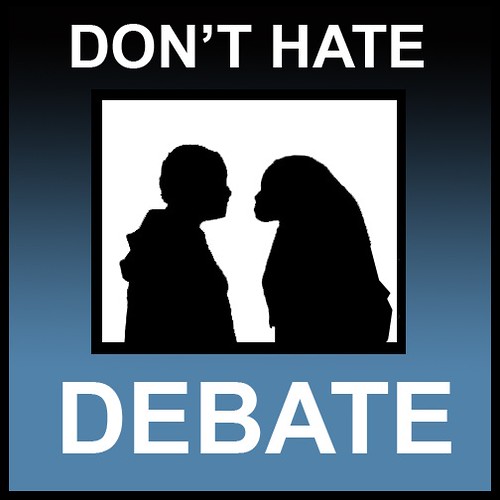 In that spirit, you should also check out ace-education.co.uk, a new blog by Christine Bradshaw which attempts to debunk many claims I’ve made about ACE (and quite a few I haven’t). Replies to posts like these will come soon. I realise that my linking to them will probably triple the number of people who see them, but like I said, I welcome the debate. Something CEE does not, as I will explain shortly.

Here’s Arthur’s letter. Since it’s online at a publicly available link, I have taken the liberty of reproducing it below. I know CEE are some of my most avid readers, so if they object, no doubt I will hear about it soon and have to replace the letter with a Jesus & Mo cartoon again. After the letter, I’ll tell you about some of my recent correspondence with Arthur and other people.

END_OF_DOCUMENT_TOKEN_TO_BE_REPLACED

There seems to be a bit of a disparity between the facts and what some ACE teachers say. In this, my triumphant return to vlogging, I talk about Brenda Lewis, who seems incapable of getting her facts right when she talks in public.

In 2014, a new ACE school will open in Dover. If they can get planning permission. The school’s first proposal was to put the school on the seafront. This was dropped when locals pointed out the proposed facility had no parking, no play area, no dining facilities, and was on a main road.

Unlike virtually every other ACE school, though, Dover School for All Nations looks like it has some serious investment behind it. The school website says it was established by its “visionary partners“, TBN – the Trinity Broadcasting Network – the world’s foremost broadcaster of the Word of Faith prosperity gospel, founded and run by Paul and Jan Crouch. The school lists Richard Fleming first on its list of directors and trustees (so it’s not clear which he is). Fleming was “director and General Manager of God TV during its inspection” [sic], the other big prosperity gospel broadcaster in the UK and Europe. And if I am reading his biography correctly (it’s not the most clearly-written thing I’ve ever seen), he is landlord to 50 charities in central London. So he isn’t poor.

This makes DSFAN a collision of all the things this blog discusses. According to the school’s PSHE policy, students will be taught “Kingdom Principles” including “sowing & reaping”. This is standard Word of Faith jargon for the prosperity gospel. Kids attending this school, then, will do creationism in the morning and learn about giving their money to televangelists in the afternoon.  END_OF_DOCUMENT_TOKEN_TO_BE_REPLACED

It’s been a good first year for this blog, capped off by a successful past week. My post Five jobs a Creationist can’t do was the 23rd most viewed post on WordPress.com on Monday.

This contributed to the blog hitting #6 on WordPress’s chart of fastest growing blogs:

I will be celebrating my success by retiring from blogging about ACE. Before I shut up on the subject, please read my last post. END_OF_DOCUMENT_TOKEN_TO_BE_REPLACED

This week’s Times Educational Supplement contains a new article on NARIC’s approval of the International Certificate of Christian Education.

Outrage as qualifications that dispute Darwinism get green light

They confidently claim that the Loch Ness monster disproves Darwinism and that there is clear proof of creationism. But that has not stopped a set of controversial Christian qualifications – used by dozens of British private schools – being described as comparable to international O and A levels.

The International Certificate of Christian Education (ICCE) has been rubber-stamped by a government agency, even though it is based on a curriculum that says the Bible is the “final authority” on scientific matters. It has prompted outrage from secular campaigners, while schools following the curriculum have come to its defence, saying that it is “academically very sound”.

I’ve already blogged about this, pointing out that NARIC’s decision contradicts the academic consensus, that it appears there may have been a conflict of interests (ICCE paid for its own benchmarking), and that the ACE curriculum which ICCE uses so extensively uses worthless assessment procedures.

In response to this, and my campaign against Accelerated Christian Education, Naric has posted a statement on its website which might as well be addressed directly to me. This is good news. Clearly the letters readers of this blog have been sending are making a difference. Keep it up. Here’s my commentary on NARIC’s statement. END_OF_DOCUMENT_TOKEN_TO_BE_REPLACED